Cohousing is the Future of Community and Human Connection

Cohousing as antidote to the loneliness epidemic

Living arrangements and relationship patterns have changed in our lifetime; greater numbers of adults are single, childless, or live great distances from adult children. For many baby boomers, the most important question is “where do I want to live as I age?” Until now, many of us planned to stay in our homes and apartments as long as physically possible and then go to the best nursing home we can afford. We thought a nursing home was the only safe option, but the current pandemic shows that a nursing home can be the most dangerous place for an aging population.

A caring and supportive community with accessible and energy-efficient homes is a far better option for aging in place! And, there are always neighbors willing to lend a hand when needed.

Not only the older population, but increasingly also young families realize that having an entire community that provides a safe environment for children where they can play outdoors, and where they have a common house for arts and crafts or for story telling on rainy days, is a tremendous help for a young family.

A pesticide free garden and a small farm are sure to prevent boredom in any child!

In a supportive community, neighbors help neighbors, and neighbors share resources as much as they are able or want to share. Imagine the money we can save by sharing vehicles, lawnmowers, snowblowers, tools, and other things.The list of things we share can be as long or as short as we want it to be.

Imagine coming home from work and sitting down to a meal in the Common House, a meal prepared by your neighbors!

We are all pitching in to get ready for our first closings:
• the water system must be commissioned
• the offering documents are being reviewed and updated
• Certificates of occupancy have to be issued
• our two condo associations, Rocky Corner North and Rocky Corner South, will be declared with the first closing in each group

Rocky Corner is an ecovillage, with thirty energy-efficient homes clustered in the center of a thirty-three acre organic farm. Conserving most of our land, sharing the food we grow, sharing the common house, sharing vehicles and using sociocracy as our governance model defines who we are.

Bethany, Connecticut, is five miles from New Haven, a lively cultural hub. We have recreational hiking trails just outside our doors and cultural events just down the road. As the first cohousing neighborhood in Connecticut, Rocky Corner is attracting people from within the state as well as from New York, Massachusetts, and as far away as California. 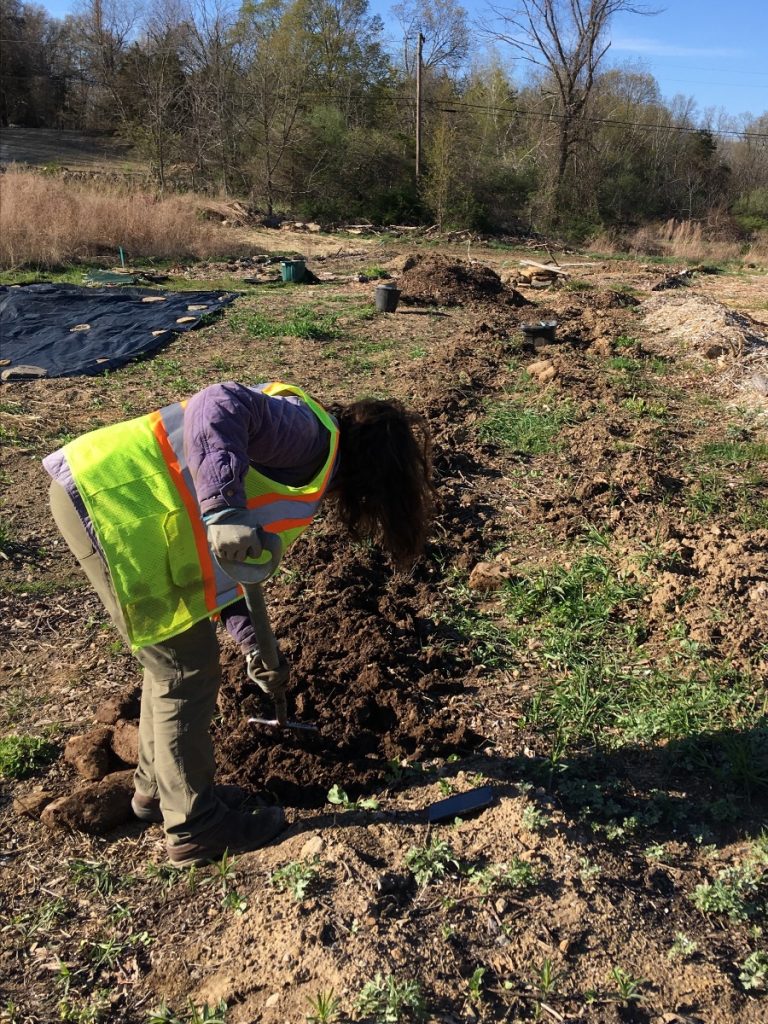 own a share of 33 acres of organic pesticide free farm land?

grow your own food?

work with your neighbors to create a sustainable community?

raise your children in a supportive community?

This month, we are introducing future resident LESLIE ARDEN:

Born in Manhattan, first generation American on my mother’s side, the youngest of three, with two older brothers, we moved cross country at age three to Tucson AZ followed by Knoxville TN, then on to San Antonio TX and eventually to East Paterson NJ—where I lived until age 19. Moving to NYC, I completed my undergrad degree at St. John’s University with a major in Art Ed but as timing would have it, NYC schools closed most of their music and art programs citywide that year. I applied to McGraw-Hill and was hired as a commercial artist trainee for one of their magazines. Eventually I moved on to freelance work, staying in NYC for a few more years. A short stint in San Miguel, Mexico, to study fine arts, and then an offer to start selling real estate in central CT (don’t ask) led me to a 45-year career in the real estate field.

Married and divorced in CT, I have one son,-Ben, who is now married to Susan, I have one amazing granddaughter, Yana Lynne, turning three in July. Sometime in the late 80s I went back to school and received a MA degree in applied communications. In 1990 I sold my real estate company and decided to head for southern CA with my son and a friend of mine and her two sons, where I lived until 2016. I finally let my CA license lapse this year with the decision to stay put on the East Coast.

In 2009 when the CA real estate market took a giant nosedive into the abyss, I decided to take a year off and moved to CT living with my sister-in-law and brother, studying Adobe digital design at Pratt and SVA. (I still work in Adobe and have had multiple freelance gigs over the years. I love this type of design work and love learning more and more the how-to’s of digital design.) Moving back to my home in CA in 2010, I continued my real estate career working as a listing agent for Fannie Mae for the next 6+ years while the market roiled from the foreclosure debacle. After 6+ years of challenging and emotionally heart-wrenching work, the foreclosure market finally came to a halt. At that point I concluded it was time to move back to NYC in 2016 when my daughter in law, Susan, became pregnant.

Once I returned to NYC after not having lived there for 50ish years, I was shocked at the changes to the city and my perspective on the city. I had discovered the concept of cohousing while living in CA and decided to start a new inquiry. I found the cohousing.org website, purchased a book on cohousing, and started my research. Within a short time frame, I discovered Rocky Corner cohousing in Bethany, CT. I reached out to them and we started communicating. The more we spoke, the more excited I became. Eventually, my son Ben and I drove up to check out the new construction site. We were both equally impressed with it and its proximity to New Haven. I finally decided to make the commitment to purchase, and now here I am in Queens preparing to make my most exciting move to Rocky Corner, ready to experience cohousing and community!

The strand that ties all of my life experiences together is my 50 year search for inner peace that began by being raised in a non-religious Jewish family, migrating across religious beliefs until I eventually discovered “A Course in Miracles” in 1988 and Ken Wapnick (living and teaching in Temecula CA in 2002 and in my opinion, one of the greatest course teachers). I am, to this day, a dedicated student of the course, and what I finally discovered after my life-long outward search is a simple few lines from the book’s introduction “the only purpose of the course is to provide a way in which some people will be able to find their own internal Teacher.” Wow what a concept. Oh, by the way, I also am passionate about photography and great photographers (was hooked when I was given my first 35mm camera at 16 years old). I love art museums, music across all genres, quality movies, learning new subjects, reading—mostly bios and non-fiction—hiking in the woods, staring up at the night sky on a cloudless night, and trying to lift others when called on. I was married to Steve S. for 11 years and after that in a relationship with Margaret B for 16 years.

So that’s it, my 72 years on Planet Earth wrapped up in a few paragraphs. Who knew?

Stay up to date with Rocky Corner news. Sign up for our email list here. We won't bombard you, but you'll get periodic reminders for upcoming events.